Client Fanatics International, the official merchandise partner for the inaugural UEFA Nations League Finals, contracted Cube to deliver a number of event structure solutions, branding and on-event support for each of the semi-finals, the third-place play-offs and the final. The matches were held in Portugal, at two venues: Estádio do Dragão in Porto and Estádio D. Afonso Henriques in Guimaraes. 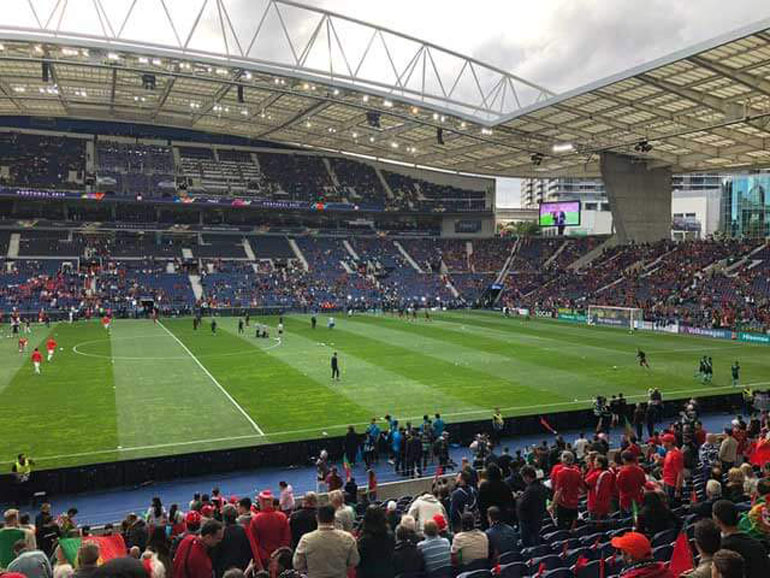 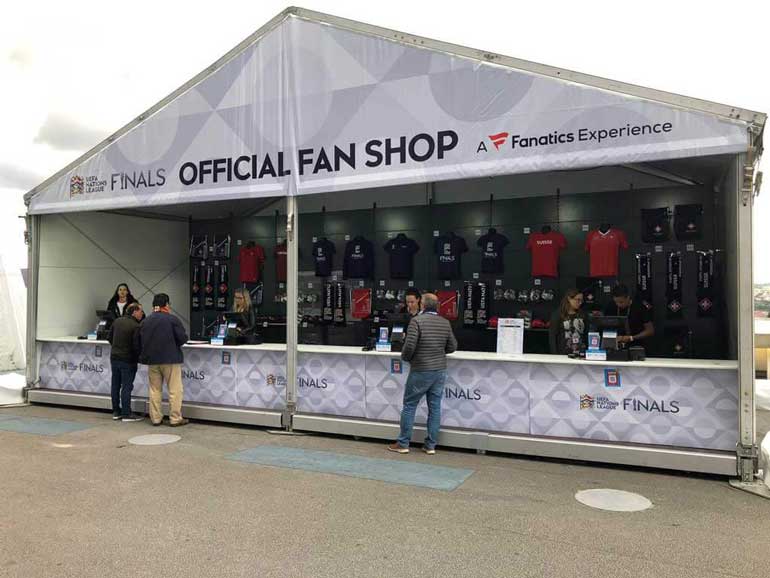 WHAT WE DID
Contracted to provide all the retail infrastructure on site, Cube supplied pop-up structures and associated branding and retail displays at both venues. Four 10m x 3m tented structures were erected at the Estádio do Dragão in Porto, including designated branding and shop fit-outs for each structure, as well as in the dedicated concourse retail units within the stadium. The shops were deployed at the Portugal v. Switzerland SF followed by the Portugal v. Holland Final a few days later.

At each venue, the pop-up structures were installed to allow maximum coverage around the stadiums and ensure all visiting fans were able to access the official merchandise with ease and within minimum queuing time.