When the NFL arrives in London for the NFL London Games, the buzz can be felt across the city. And this year was no exception. After a long-anticipated return, the NFL London Games circus returned with all games held in the north of the city, at Tottenham Hotspur Stadium, the first purpose-built NFL stadium outside the US.

Cube has been working at the NFL London Games for many years, having installed ‘quick turnaround’ retail structures on Regent Street, as well as record-breaking 100m structures at Wembley Stadium.

For the event, which saw the Atlanta Falcons play the New York Jets on 10th October, and the Jacksonville Jaguars playing the Miami Dolphins, a Florida Derby, on 17th October, Cube supplied and installed three dedicated NFL retail stores in locations around the stadium, one of which was used as a click & collect unit.

Each store was fully branded, including shop fit, by our dedicated in-house, on-event team. 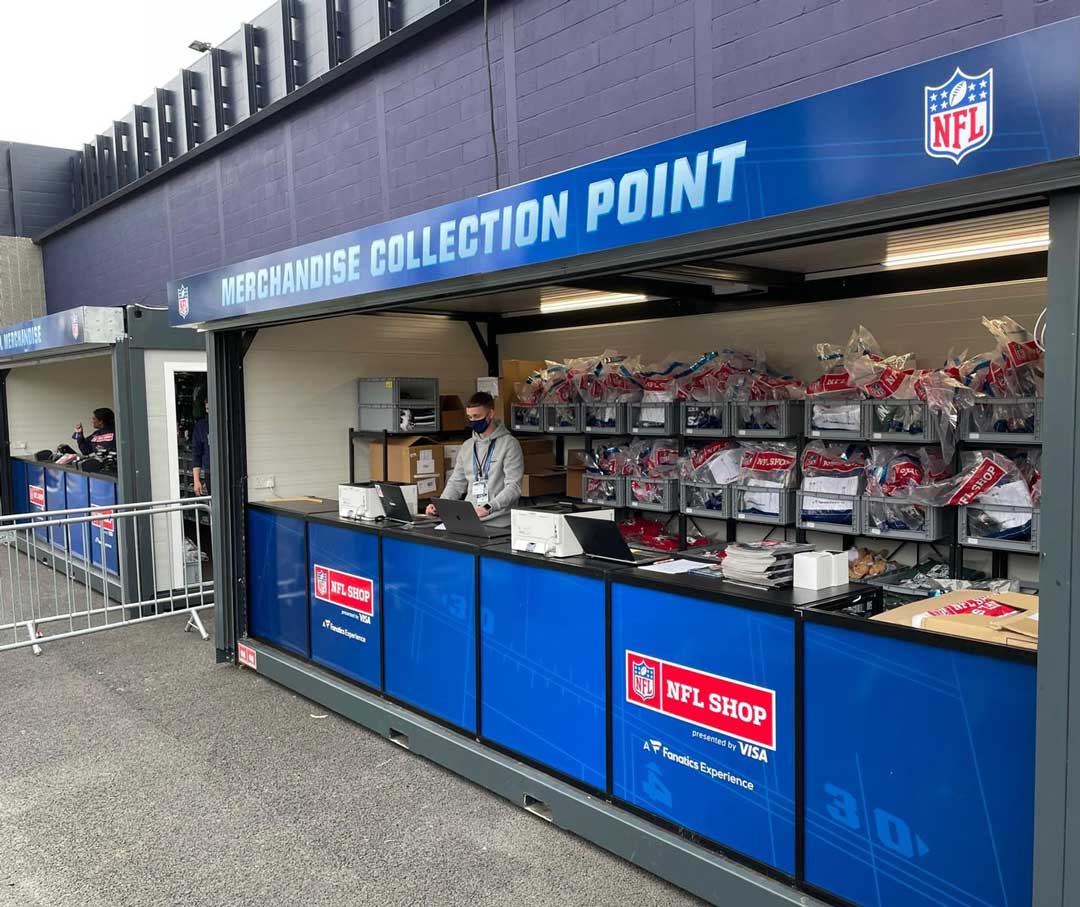