The ICC Cricket World Cup is the international championship of One Day International cricket. Founded in 1975, the event is held every four years and organised by the sport’s governing body, the International Cricket Council. 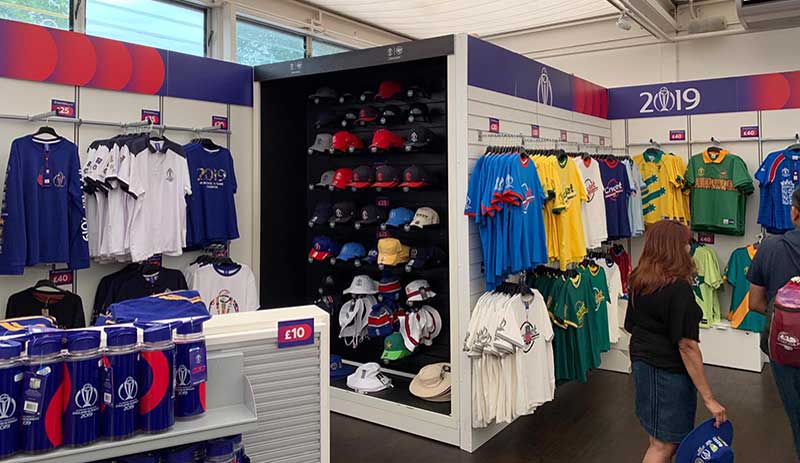 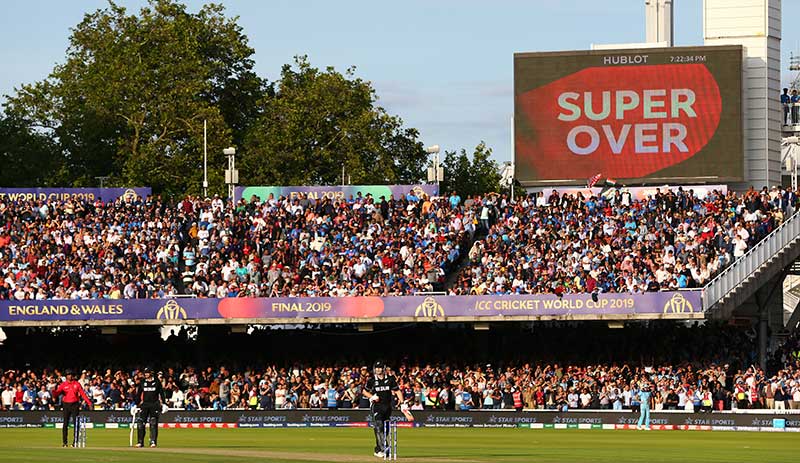 WHAT WE DID
Contracted by VBM, the Australian Sports Merchandising experts, Cube provided all the structures, shop fits and branding to enable VBM to maximise the official merchandise opportunity at the CWC 2019. In total, Cube supplied 23 structures varying in size and rebranded venue stores at 11 venues.

We are particularly proud of the bespoke build at the Jardine suit at the Oval and a bespoke build in the exhibition space at Edgbaston.

In addition to the merchandise structures, we were also approached by technology experts Smart Cricket, to build four bespoke exhibition stands to showcase its BatSense innovation. These units were used at 8 venues, demonstrating the use of technology to analyse and improve a player’s batting swing. To support the official launch of the Smart Cricket product, Cube organised a showcase press conference attended by leading members of the international press. The technology was demonstrated by international women cricketer Veda Krishnamurthy and Vice President of Intel Raja Koduri. Further information about BatSense can be found on Smart Cricket’s website: www.smartcricket.com.

THE DRAMATIC FINAL
In front of an ecstatic home crowd, England won their first Men’s Cricket World Cup at Lord’s, beating New Zealand in the final by the narrowest of margins. With an electric and emotional atmosphere throughout, England became victorious as the team with the most boundaries, after drawing in the main game and again drawing in the Super Over – the first tie in a World Cup final.

Hailed as one of the most amazing games of cricket ever played, both sides scored 241 in their 50 overs and were level on 15 when they batted for an extra over apiece.

It meant England were crowned world champions by virtue of having scored more boundary fours and sixes – 26 to New Zealand’s 17 – in the entire match. 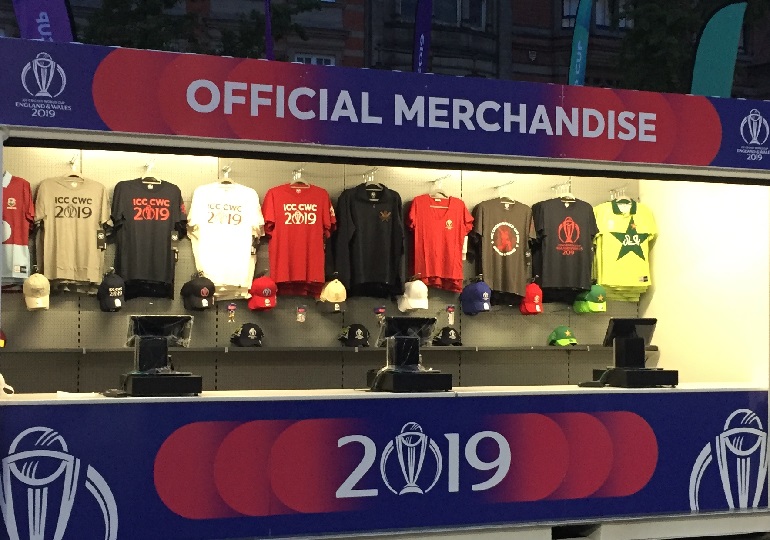