For F1 London Live, Cube Management took over the staging of the F1 merchandise shop in the middle of Trafalgar Square, London. This is where the new and exclusive F1 merchandise range was to be launched, amidst the hype of one of the most exciting sports and capitals in the world. Taking centre stage was a fully branded steel merchandising unit, an F1 tented village, a unique central London circuit, Nelson’s Column (of course), motorsport pundits past and present and a host of celebrities from the entertainment world.

The event went down a storm. How more exciting can it be to see a Formula 1 car drive (race?) through London’s iconic streets and squares.

We were honoured to have been part of it. It was a blast – literally! 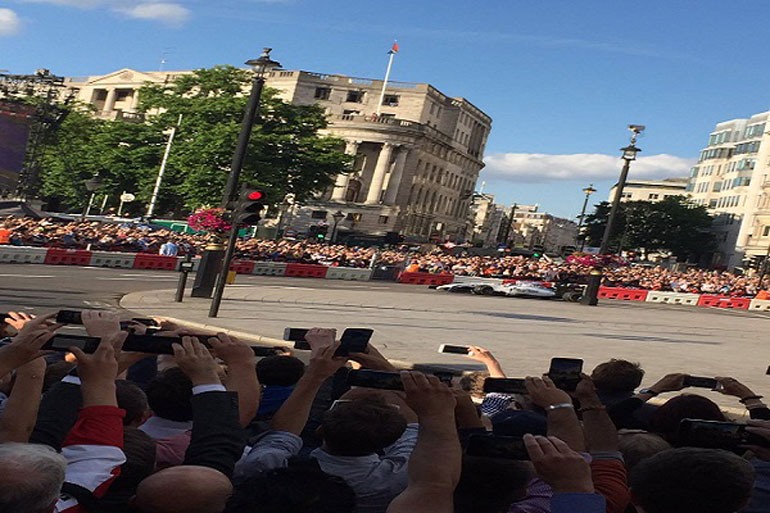 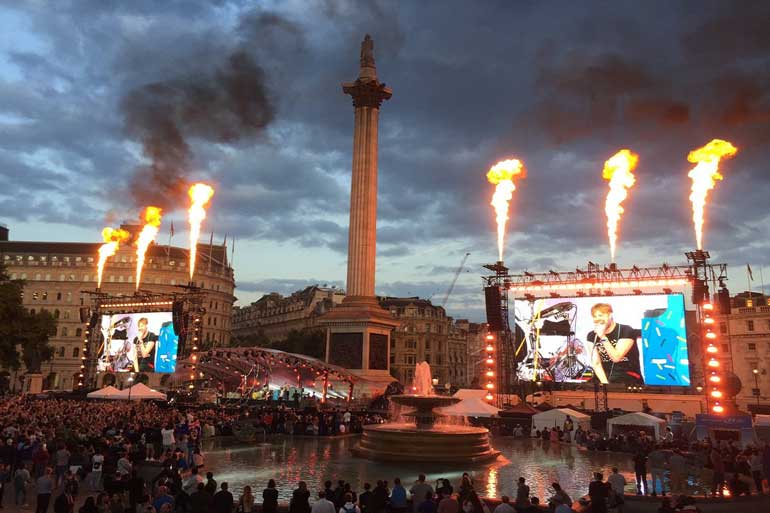 So what was F1 London Live, exactly?

F1 London Live was an amazing event which took place in the centre of London with F1 Drivers old and new. The event took place in two parts – a F1 Schools and Innovation Showcase from 12pm to 4pm and the main event the F1 Live London Show and Parade from 5.30pm to 9pm in Trafalgar Square.

The show was announced in the morning of the event. Streets were shut at the very last minute.

Sky Sports F1 showed all the action and a live stream was available on YouTube and the F1 website.

Every F1 driver attended the event… except, perhaps controversially, Lewis Hamilton.  The Mercedes driver took a two-day break in the build-up to the British Grand Prix.