Cube has many years’ experience in delivering large-scale temporary retail solutions at numerous global venues, including Wembley Stadium. As an expert event services and merchandise partner, our operational processes are renowned and trusted by many well-known clients, including UEFA, F1, NFL and the Cricket World Cup. For BTS’s two sell-out concerts, with an audience of 60,000 dedicated fans on both nights, IVS the appointed on-site retailer needed an expert partner with the knowledge that the project would be managed professionally, efficiently, on time, and within budget. 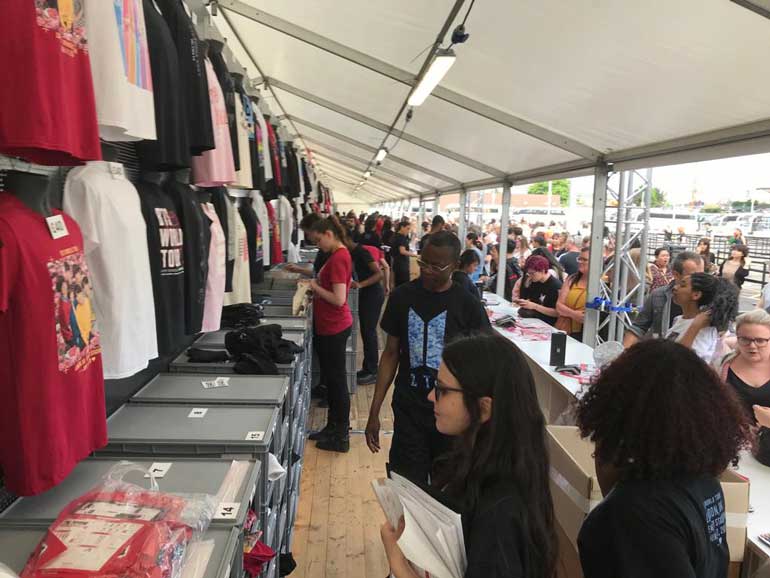 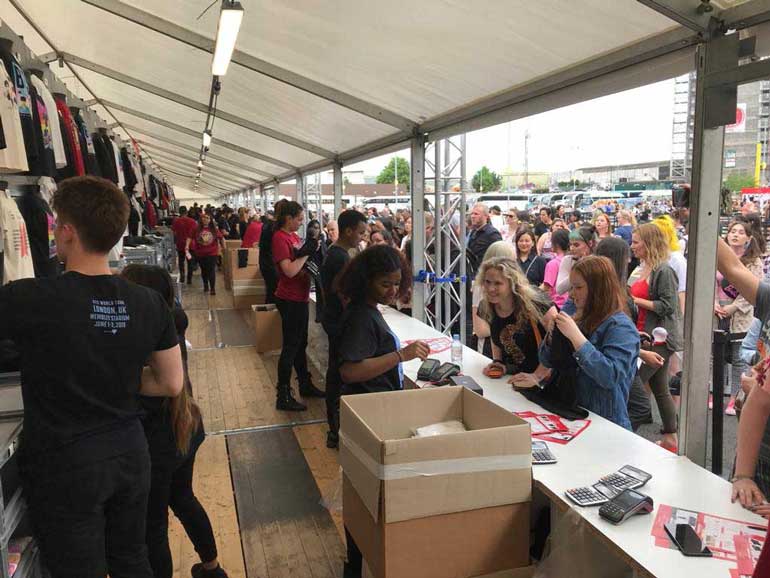 THE BRIEF
To supply, install and project manage the build of a sizeable event retail structure, together with an extensive tensa barrier queue management system for the two BTS sell-out concert dates.

WHAT WE DID
We supplied and installed a large event retail structure, measuring 51m x 6m, for the sale of BTS’ dedicated, and much sought-after, tour merchandise. Our event retail services included the planning, construction, facility management, shop fit-out and branding of the temporary merchandise pop-up store which was built within full compliance to the strict Wembley Park health and safety regulations. Cube also provided 1500m of tensa barriers to ensure an effective and safe queue management system for fans queuing outside the store.

BTS MADE HISTORY IN LONDON
BTS, the K-pop boy band, made history by becoming the first South Korean group to headline Wembley Stadium. The seven-band group played to a 60,000 strong audience on both Saturday and Sunday nights as part of their stadium world tour. Performing hits including Boy with Luv, Dope, Idol and Fake Love, the concert was streamed live across the globe.

BTS may not quite be a household name in the UK as yet – although this will undoubtedly have changed since their live appearance on British Got Talent – but their fanbase, known as the ‘Army’, are highly devoted, totally dedicated and growing daily. The boy band’s popularity has skyrocketed in the last year and the group is now selling out stadiums across the globe.