Portugal secured their second trophy in three years with a 1-0 victory over the Netherlands to win the inaugural Nations League.

Gonçalo Guedes scored the only goal of the game in the 60th minute at Porto’s Estádio do Dragão in Portugal with a powerful long-range drive past Netherlands goalkeeper Jasper Cillessen. It was Guedes’s fourth goal in 17 matches for Portugal.

Ronald Koeman’s side, who beat England on their way to the final, found it difficult to get their momentum and offered little in return. The Netherlands’ best chance to equalise fell to Memphis Depay with a header that was saved by Rui Patricio.

Cristiano Ronaldo and co add the Nations League crown to the European Championship title which they won in 2016.

Portugal’s Bernardo Silva was named player of the tournament.

England claimed third place after a tense penalty shootout win over Switzerland in Guimãraes earlier in the day.

With the Cube team now poised to take its retail structures to Italy for UEFA’s U21 Championships, we look back to a most successful inaugural Nations League Championship. At the two stadiums, in both Porto and Guimarães, the pop-up shops and the official merchandiser’s products and merchandise were all very well received by fans and UEFA officials alike. 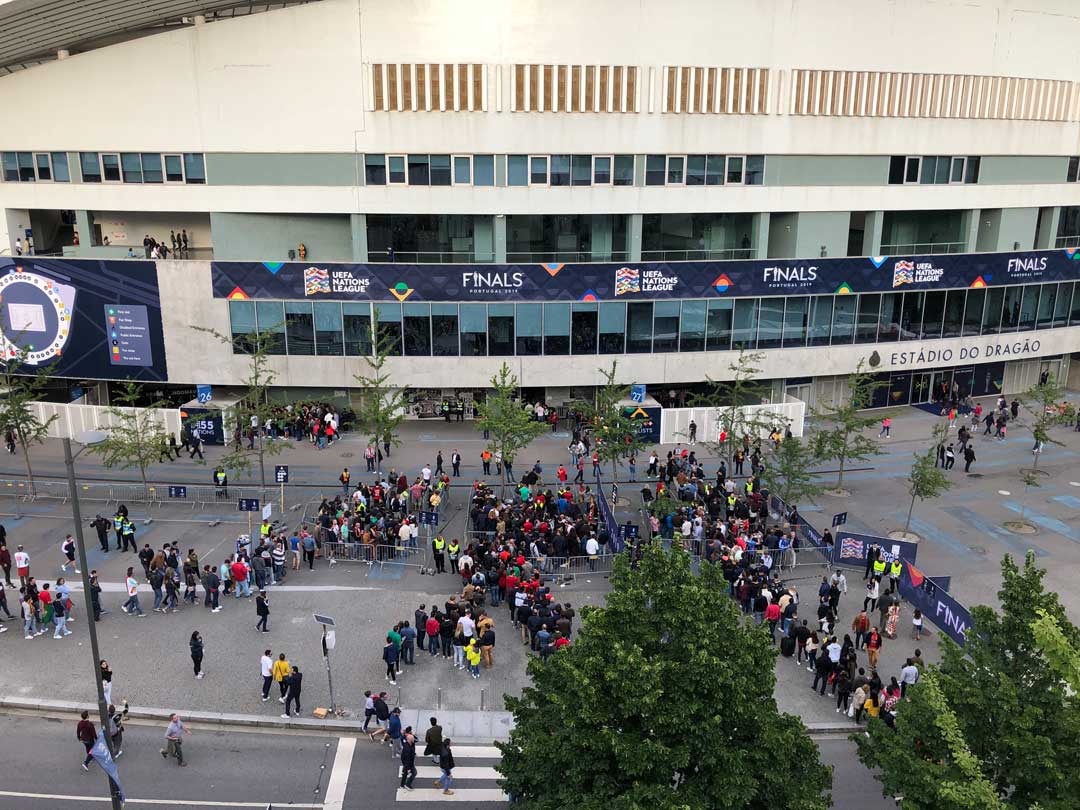