Cube Gets Ready for Formula E in London

They call today Super Sunday. Our sister company, Cube Partnership, has recently come back from the World Athletics Championships in Oregon, USA, and its team is now fully involved in the Birmingham 2022 Commonwealth Games where the sports action is thrilling millions every day. Then there’s the England Lionnesses and the German football team who will be playing in the Women’s European Championship final at Wembley later today. And here we are, at the London ExCeL Centre, fully involved in supplying the event infrastructure for one of motorsport FIA’s most thrilling races, the Formula E London E-Prix.

Proud and delighted to be involved for the second year running, and hot on the heels of our involvement at the Monaco E-Prix earlier this year, Cube provided 109 units to this year’s London event, including the build of an accreditation centre, a broadcasting complex and a fully equipped two-storey race control building.

The race control building, a complex project in itself consisting of ten double stacking units, included partitioning walls added throughout the race control rooms, a medical centre, and full air conditioning installed within each unit.

The entire Formula E project was a challenging project due to the timescales given: the Cube team only had 72 hours to build the race control building and broadcasting centre – a total of 99 units all of which needed to be configured very differently.

Prior to the install, Cube’s expert in-house design and installation teams worked hard on the project’s meticulous planning and design to ensure all plant, units and materials were on site within plenty of time to meet the tight deadline.

Cube Management’s Project Coordinator, Harry Lonsdale, said: “We absolutely love, and are used to, working on projects like these, with tight timeframes and deadlines, but it has undoubtedly been a tough challenge. Delighted to say that the 17 crew members, experts in their field, gave their all, worked solidly for 3 days and finished the job in time to allow for a smooth handover to the event organisers a week before the event. Congrats team. Great job done!” 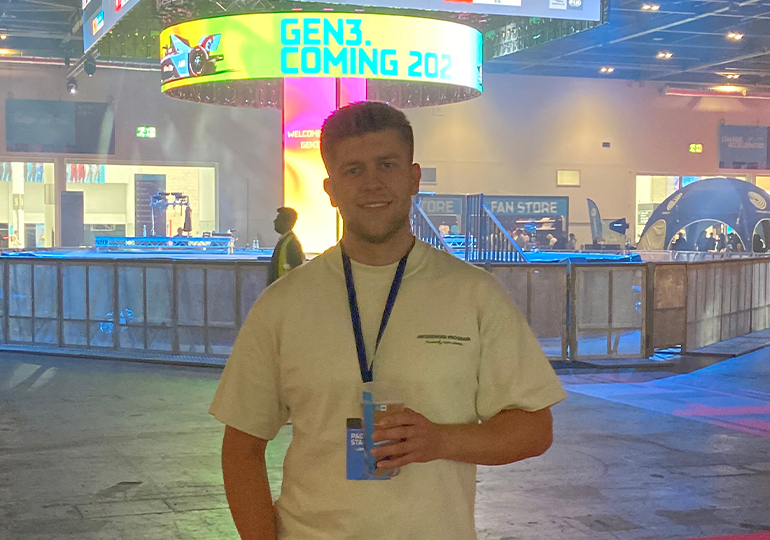 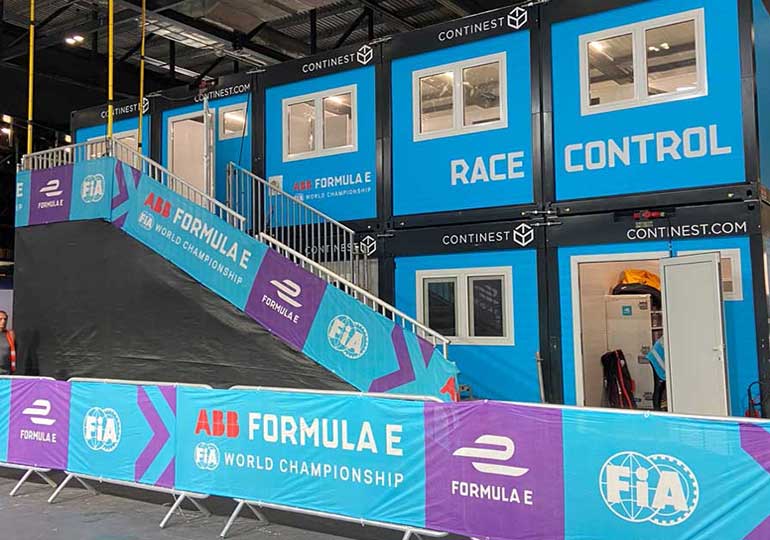